El Gordo is the most well-known, largest raffle in history. A full “El Gordo ticket” costs €200, which is too expensive for most players, so people mostly buy one-tenth of a ticket, which entitles them to a 10% share. It was the first time in history that, due to the COVID-19 pandemic that we are currently in and the strict SOPS that need to be followed, only the children and members of the press were allowed to enter the building once the doors opened at 7:15 am. Usually, two children from San Ildefonso school (a former orphanage) sing out the winning five-digit number for the €4 million (which is US$4.9 million) in front of an audience at Madrid’s Teatro Real.

Due to the corona virus pandemic, El Gordo tickets sold a total of €2.58 billion, which is an 11% decreased compared to the previous year, 2019.

But despite the restriction, the show must go on, and it did! Even though there was no audience, the participants and organizers on stage took PCR tests and donned masks.

The winning numbers were sung out by the lovely children, which were 7, 2, 8, 9, 7. Imagine hearing that, and it matches your number – the rush of adrenaline would be unreal!

The top prize-winning number was sold at 17 different locations!

One of O Grove’s sellers, Manual Rodriguez, was so happy at the enormous reward on a challenging year. We can all agree 2020 was a pretty rough year! “I’m going to bring some centollos (spider crab), the kings of seafood, to celebrate.” He remarked.

In Spain’s Christmas lottery, every €20 ticket has one raffle number that can be purchased in full or can be divided into ten identical segments – décimos. As the numbers are divided, there are 1,600 tickets that have the same number sold at points across the country. What does this do? It prevents one person from buying it all.

But fear not, if someone misses out on the great “El Gordo”, they can still win a prize!

Yes, that’s right; you can still win a prize. How?

Players indeed get a chance to cover the cost of their tickets only if the last digit of their number matches the last digit in the six-digit sequence of the ones of first, second, or third prize.

Another thing that changed from previous years was that prizes under €40,000 would not be taxed. The authorities usually were taking 20% of all amounts above €20,000. But the threshold has been raised and will reduce the taxes for the Tax Agency of around €18.6 million compared to the previous year, 2019.

History of the “El Gordo”

Spain’s “El Gordo” is held each year on December 22, and although other national lotteries have larger individual top prizes, El Gordo is still ranked as the world’s RICHEST in total prize money!

It was established in 1763 as a charity during Spain’s King Carlos III reign, and it has managed to remain uninterrupted since 1892! The first time Spain’s national Christmas lottery took place was on December 18, 1812.

Some more on Lottery!

The odds of winning the jackpot are 1 in 100,000 – that’s pretty low, imagine the possibility coming true and winning the Lottery! 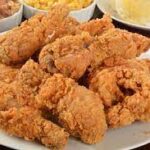